I’ve been told that the greatest driver of death disclosure is the Chinese community, as Chinese buyers do not want houses that have had a death within them. Clearly, it’s bad feng shui, and a ba gua mirror won’t do anything to help, but as I stated above, they too are missing the point. Everyone is sensitive to the energies emitted by persons as they approach death, and buyers prefer to avoid the negative ones, but just because they died elsewhere doesn’t mean the house is clear. But when it comes to the law, it’s not like a termite problem.

Legal Precedent
To begin with, there was Reed v. King, in 1986, which involved the disclosure of a multiple murder in Los Angeles. The buyer successfully proved that the murder at the site adversely affected the property’ value, even though it occurred more than three years prior to their purchasing the home. The Reed v. King decision led to California Civil Code 1710.2.

Privacy protections for AIDS patients were further clarified in California statute by limiting the Reed findings to those deaths unrelated to AIDS or other causes. A seller need not disclose AIDS-related deaths, no matter how recent, nor in fact, any other kind of death, unless it adversely affects the property’s value.

Effectively, no one need disclose anything, as the question of adverse affect on property value is arguable at best. In all my clients’ cases, their piece of mind came at the cost of my fee, which I see as a debit to the property’s value. For those who suffer inordinate psychological (and even physical) distress, energetic problems can become quite financially burdensome.

While California is the only state that fumbles with such a requirement, there are several states that affirm the right of the seller not to disclose, and even here in California Foreclosure Sales are Exempt from Disclosure laws!

If you’re a seller or a realtor and have a house where a death occurred, the fact is you needn’t disclose, but if you want it to sell, and for your buyer to feel comfortable and not misinformed, you should contact me.

The following transfers are exempt from these disclosure requirements:

•     The sale of new homes as part of a subdivision project where a public report must be delivered to the purchaser or a public report is not required. However, when such new homes are sold through a real estate broker, the broker owes the buyer a duty to disclose any material facts which affect the value, desirability and intended use of the property;

I was in a foreclosed house recently, and while there were a number of positive attributes, none of the negatives were discussed. The crumbling foundation wasn’t discovered until my friend pulled apart the basement walls. No, no one was buried in the basement, but if they were, you’d never know. In foreclosure sales, it’s strictly Caveat Emptor. 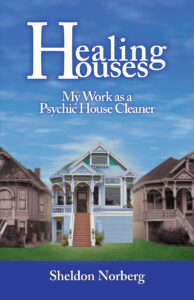